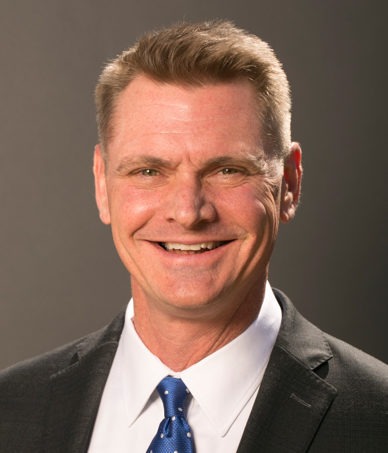 Tres Smith is a 1995 graduate of George Mason University, where he received a Bachelor of Sciences degree in Earth Systems Sciences and was subsequently commissioned as a United States Marine in September 1995. He has recently retired after more than 23 years of service and is currently employed with the Office of the Secretary of Defense serving as a Deputy Director for policy within Homeland Defense and Global Security.

As a Marine, LtCol Smith’s operational assignments include: multiple positions within the Operations Department, a Forward Air Controller, the Director of Safety and Standardization, the Operations Officer and the Executive Officer where he participated in several deployments in support of humanitarian assistance, Marine Expeditionary Units (MEU) and multiple deployments in support of OPERATION IRAQI and ENDURING FREEDOM.  His final operational assignment was as the Commanding Officer Marine Light Attack Helicopter Squadron-369 during his final deployment to Helmand Province, Afghanistan in May of 2014.

LtCol Smith’s staff assignments include; The H-1 Resource Sponsor, within the CNO Air Warfare Directorate, responsible for the development and management of annual budgetary requirements for the H-1 upgrades program. The Joint Staff (JS) within the J3, Homeland Defense Division as the Joint Operations/Theater Security Branch Chief.  His final assignment was in the Office of Legislative Affairs where he served as a Strategic Analyst responsible for developing and coordinating the annual Marine Corps Legislative Engagement Strategy and as the Director of the USMC Congressional Fellowship Program and as a Congressional Liaison Officer.

Lt Col Smith retired on 1 September 2018 and worked briefly for the Federal Aviation Administration working under the Director of National Security and Incident Response within the UAS Security Division. He is currently serving as an appointee within the Office of the Secretary of Defense for Policy under the Homeland Defense and Global Security Directorate and as an Adjunct Professor at the George Mason University Schar School of Government and Policy.