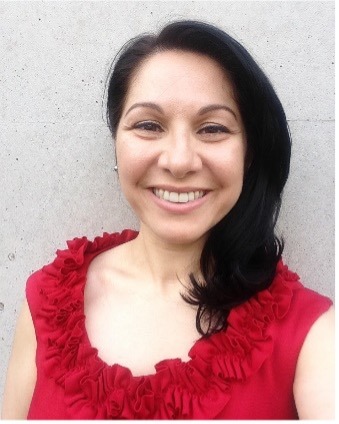 Lyla is an inclusion strategist and cultural intelligence advisor. She began her career in 2001 as a U.S. Navy Surface Warfare Officer stationed in Japan. Born in Kabul and a refugee of the Soviet conflict, the attacks on 9/11 prompted her to transfer into the Intelligence community where she served as a Counterterrorism analyst in Afghanistan working alongside U.S. and NATO Special Operations Forces (SOF).

Since 2015, Lyla has been an independent consultant working with military/government personnel, executives, staff, students, and faculty across the globe on cross-cultural intelligence, organizational performance, and building inclusive organizations. She continues to consult for USSOCOM as a Senior Cultural Advisor for Afghanistan. Additionally, she is the co-founder and director of two national nonprofits:

1.) PROMOTE – focused on innovation through inclusion in national security

2.) Honor the Promise – focused on long-term refugee resiliency in the U.S.

Lyla has spoken about the power of inclusive teams at numerous events such as the George W. Bush Presidential Center’s Forum on Leadership, Global Special Operations Forces Symposium, and the Defense Entrepreneurs Forum. She has also been featured in media by CNN, NPR, PBS, and The Washington Post.

Her memberships include the Global Special Operations Forces Foundation, Iraq and Afghanistan Veterans of America, Truman National Security Project’s Defense Council, and U.S. Global Leadership Coalition’s Veterans in Smart Power. She was a 2017 fellow at Veterans in Global Leadership and a 2018 Scholar at the George W. Bush Presidential Center’s Stand-To Veteran Leadership Program. She volunteers as an Ambassador for the Global War on Terror (GWOT) Memorial Foundation, is a member of the Advisory Council for the Global SOF Foundation as well as the Special Operations Association of America, and served as a gubernatorial appointee to the Virginia Board of Veterans Services from June 2017 to June 2021.

Lyla holds a M.A. from Georgetown University and a B.A. from Penn State University. She is currently a nonresident Senior Fellow with Atlantic Council’s Forward Defense focused on the future of war and is pursuing a Doctor of Education (EdD) in Arizona State University’s Leadership and Innovation program. She is an avid Star Wars aficionado, enjoys international travel, and spends every free moment with her niece and nephews.