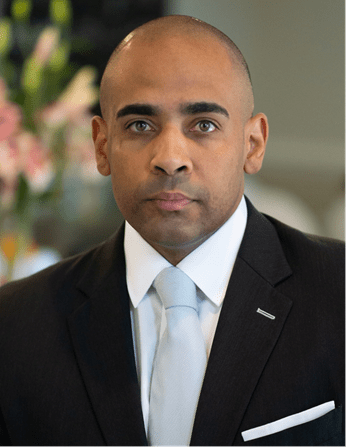 Jerome King is a Marine Veteran and THF Alumni. He is an Associate Director at UBS, specifically within the Investment Banking Global Research team based out of Manhattan, New York.

Jerome was born and raised in Australia. He enlisted in the United States Marine Corps in 2009 initially as a rifleman in 7th Marine Regiment in Twenty nine Palms, CA; where he became a Scout Sniper, earning the MOS in 2010. In 2011, Jerome attended assessment and selection for Marine Forces, Special Operations Command (MARSOC), and subsequently graduating the training pipeline in 2012, where he was stationed aboard Camp Lejeune, NC.  As a Marine Raider, Jerome deployed multiple times in support of the Global War on Terror to the Sahel and Maghreb regions of Africa, holding a multitude of billets and experienced an array of complex problems that were largely unknown to the outside world.

Jerome enrolled in THF in early 2018 while he was transitioning out of the Marine Corps, attending sessions both at Virginia Beach and the inaugural Virtual Campus as his schedule permitted. He credits THF with changing his perspective, teaching him that the skills he had built up as a Marine Raider were in high demand in the civilian world. His “Why” is: “To do what’s necessary so others can find their path.”