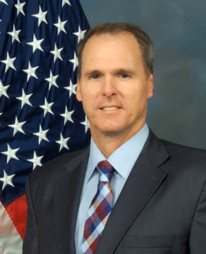 Jeffrey Wright hails from southern Oklahoma. Born into an Army family he was influenced by a variety of locales both stateside and abroad.  It was through his travels where he developed his since of adventure, appreciation for other cultures and an ear for foreign languages.  In 1984 Jeff joined the Army after high school as a light Infantryman.  His first duty assignment was with the Army’s Honor Guard in our Nation’s Capital followed by an assignment with the 82nd Airborne Division.  In 1989, Jeff led his squad during an airborne assault of Panama.  Later that year, he completed Special Forces Assessment and Selection and embarked in a career field that would span 28-years in SOF.

Since retirement, Jeff has worked as a contractor 1st Special Forces Command and USASOC.  When not working, he enjoys bike riding, reading, hanging out with his family and shooting.  Jeff has been married to his high school sweetheart for 31 years and they have twins, a boy and a girl.  Savannah is finishing her Nursing degree and Dakota is young Infantry 1LT in the Army.