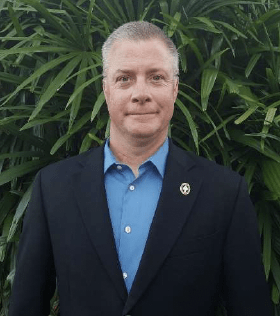 Greg started his military career with the United States Air Force in 1990 as an aircraft armament systems specialist. His initial assignment was with the 3246th Test Wing, Eglin Air Force Base, Florida. In 1993, Greg was reassigned to the 355th Fighter Squadron, Eielson Air Force Base, Alaska where he served as a weapons load crew member on A/OA-10 aircraft. He completed multiple deployments to the pacific theater.

Greg was selected for special duty as an AC-130H/U Aerial Gunner in 1996. He served as Lead, Instructor, and Evaluator Gunner with the 4th Special Operations Squadron, Hurlburt Field, Florida. He also served as the superintendent of Wing Strategic Plans with the 16th Special Operations Wing. In September 2001, Greg was part of the first team to deploy following the terror attacks on 9/11. He established the first forward operating base and then deployed to Pakistan where he established a joint interagency forward operating location. In 2009, Greg became the first course director and chief of academics for the Joint Special Operations Forces Senior Enlisted Academy (JSOFSEA).